Dateline Washington, D.C., June 25, 2003: The Recording Industry Association of America—the RIAA—through it’s president Cary Sherman, has declared war on music lovers stating that users will now “face the music.” In what has to be the most non-sensical decision of all time (and that’s no exaggeration), the RIAA will bring file sharing users into court suing them for copyright infringement.

Likening file sharing to stealing and equating users with criminals makes no sense. Yes, uploading, downloading, file sharing, is copyright infringement, but suing consumers of music is not the answer to a problem created by the record industry. 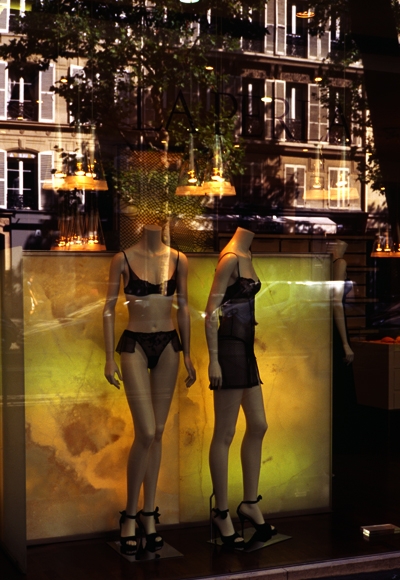 How has the record industry created this problem? The record industry had its collective heads in the sand for years while users adopted new technologies, specifically MP3 and other formats for use primarily on computers. The record industry slept while users learned how to take a CD, even an older vinyl LP, transfer it into a computer as an MP3 file, play it through the computer (the “rip”), combine it with other files (the “mix”) and burn it to blank CDs for use on home and car CD players (“the burn”). The record industry also failed to give users music in digestible quantities. For years, one of the few ways to acquire music was in album quantities—12 to 22 songs—paying over $15 for one CD, instead of offering one or two songs at a time like the old 45 rpm singles. Finally, and although taste does vary from one user to another, much of the music distributed by the record industry was derivative and unacceptable to listeners. Even though musicians, such as Courtney Love with her virtual tip jar, want users to pay for their music, they recognize these user issues while fighting record companies on another front—hounding music labels for royalties and challenging an antiquated and biased accounting system. What it boils down to is that the record industry has managed to shoot itself not in just one foot, but also the other foot, both knees, the rear, their hands and just about every other analogized body part. If the record industry continues to act in this fashion, it will see its own death.

The RIAA has also indicated that they would attempt to hack into users’ computers to disrupt file sharing. This seemingly unlawful self-help measure would mobilize users against the record companies to an even greater degree. Users can instantly mobilize using the same delivery system that they receive their music from—the Internet. These users will form virtual communities in an instant to fight the record companies. They’ll have the power to bring the industry to a stand still. So why fight users. Record companies can’t win and they have everything to lose.

The examples above illustrate the record industries abysmal and successful attempts to alienate their users. So here’s what they should do. I call it the “So You Want to be in the Entertainment Industry” scheme. I’ve never met a person that did not crave entrance into the entertainment industry. It has glamour, glitz, the possibility of making a lot of money, hanging out with stars, maybe even driving a motorcycle through a few hotel walls. The record industry should co-opt users who file share not by suing them (that’s not co-opting, that’s just cutting them off at the knees) but by making them official distributors. Here’s how it works: The record industry and RIAA should come up with their own file sharing computer program. They’re the record companies; they’re cool. They should be able to easily write the very coolest program with a huge “wow factor” (as opposed to some programmers “bow-wow factor” software). They distribute the program to users who want to file share making the user a partner in the distribution of music. The program would interface with special record industry web sites where users would download authorized, licensed music files. The music would then be shared with other users. Here’s the beautiful part (I can’t quite get the Jersey accent spelling down (beyoutiful?), but you know what I mean…): The user hands over his or her credit card number as part of the distribution of the program. Then, when that person distributes music to friends or other anonymous users, the program keeps an accounting and reports back to the record label who simply charges anywhere from seventy-five cents to a buck per shared song. The program could also be set up such that each recipient of the music pay some slightly higher sum to the file sharing/distributing user making them a small profit. If the end-user recipient wants to distribute music, they need just go to the record label for the file sharing distributing program.

The advantages to this system are numerous and elegant. The record companies distribute tracks that they encode thus ensuring quality sound files. The record companies get paid. The end-user recipient acquires properly encoded music from a number of sources just like walking into bricks and mortar record stores operated by retailers that range from specialty independents to Virgin or Tower Records. The file sharing computer user may make some money, or may not, but can legitimately say he’s in the record industry. And finally, the record companies will look like heroes, not like the greedy vindictive blowhards that they currently portray.

There’s nothing to lose, everything to gain, and perhaps peace between music consumers, record labels and the RIAA; on the other hand, if the record industry continues down its current path, the war will leave a scorched earth over all entertainment industries.

This article first appeared in The Licensing Journal, September 2003. Richard J. Greenstone, principal of Law Office of Richard J. Greenstone, practices copyright, trademark, trade secret, licensing, business and transactional law for the computer, entertainment and publishing industries in San Francisco, California. He is former editor in chief of the American Bar Association’s Entertainment and Sports Lawyer. Vonda Smith is a lawyer and candidate at Golden Gate University School of Law for an LLM in intellectual property.