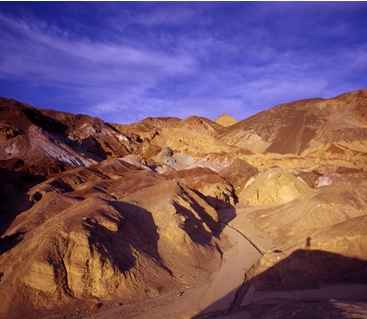 The first edition of Art, Artifact & Architecture Law (“AA&AL”) by Jessica Darraby appeared in 1995. So many treatise first editions resemble a first effort— not fully thought out and researched, thin in content but pregnant with anticipation of subsequent editions bearing string citations, forms and multiple appendices.  In contrast, AA&AL emerged fully formed and ready to aide students and serious practitioners of art law.  Since then Ms. Darraby has endeavored to keep it current and relevant following significant events in the art law community.  AA&AL appears in print in one volume and online at Westlaw where it is updated quarterly.

The term “art law” is an abbreviated term for a number of areas of law that impact the arts (very broadly!) in special ways.  Ms. Darraby has taken “art law”—going beyond two competing works, Art Law  by Ralph E. Lerner and Judith Bresler, Practising Law Institute, and Art Law Handbook edited by Roy S. Kaufman, Aspen Publishers —and developed a complete intellectual discipline.  Her approach is to not just cover areas that impact the arts by rehashing a particular area of law as seen in so many other multidiscipline works, e.g., copyright law: “Here’s a form VA.  That’s what you use for a work of visual art.”  Nimmer and any number of other authors cover substantive areas of law as a pure discipline in detail that AA&AL cannot approach.  The strength of AA&AL lies in Ms. Darraby’s background as an artist, gallerist/curator, art historian and attorney.  Ms. Darraby devotes the first 29 pages of AA&AL to a definitional understanding of art, artifact and architecture law.  She builds an entire intellectual discipline; when she examines various substantive areas of law, she can critically review cases, legislation and treaties, and see where these primary sources succeed and where they fail to understand art law and the various businesses that it affects—galleries, museums, importers, exporters, auctioneers, artists, studios and architects.  Definitional exercises are a vital foundation in order to proceed with understanding a subject.  Entertainment and Sports Lawyer has published several articles in the past in order to raise the level of understanding in a particular area.  Of note are Defining Entertainment Law[1] by Melvin Simensky andEntertainment Law: Some Practice Considerations for Beginners[2] by Kirk T. Schroder.  Ms. Darraby provides the intellectual foundation and then builds an elegant edifice out of trade practices and substantive legal areas.

The book contains fourteen chapters; chapter titles only hint at the depth of topics contained within.

Chapter 10.    Fundamentals of Exhibitions and Displays

Just as Ms. Darraby commences with a definitional understanding of art law, she also provides an in depth review of trade practices so that the attorney may evaluate norms within the industry.  Chapter 2 examines the marketplace of art—primary, secondary, gray and black!  She identifies market players and their duties and obligations.  Any practitioner, and especially those in the entertainment, arts and sports industries, must maintain a keen awareness of underlying business issues.  Chapter 2 provides that intellectual framework in preparation for further studies and action in art markets.

Chapter 9, Artists’ Rights, provides a wonderful example of the topic depth in AA&AL.  The following is a collapsed chapter outline:

H.      Actions Against Traders for Failure to Promote, Exhibit, and Sell Art

IV.     Government Funding of the Arts

The section on Characterization of “Artist” provides a particularly enlightening example of how Ms. Darraby and AA&AL depart from pedestrian thinking and delves deeply into even the most obvious subject matter.  Non-artists, most lawyers, laypeople—philistines!—think of art and artists along the dreck–Mona Lisa continuum:

At one end of the spectrum is the art that makes you say “Ugh!”  On the other end is a universally acclaimed work of historic, cultural, and artistic importance—Mona Lisa.  Between the poles stand various artists and their works.  An informed art historian, though, might view the spectrum as follows:

AA&AL, to its credit, does not contain this divisive dichotomy.  This reviewer devised the continuum to highlight Ms. Darraby’s informed scholarship.  AA&AL ventures much further examining three topics:  Guilds and membership organizations, art per se statutes and tax laws—three seemingly disparate subjects yet brought together to define who or what is an artist.  Darraby cites (per Daniel Boorstin’s The Creators) the rise of guilds in late thirteenth century Florence.  She finds that artist guilds no longer exist and concludes with this pertinent observation: “Today anyone can deem himself or herself an artist, although everyone who paints a picture is not, sine aqua non, an artist.”  AA&AL, § 9:52, at 575.  Translated into the language of our continuum, anyone can paint dreck, not all rise to the level of artists.  Art per se statutes define artists along a different axis distinguishing them from artisans whose work largely belong within the craft sphere.  Ms. Darraby sheds light on this topic, not unlike a Tiffany lamp; artists and artisans “find such legal classifications simply irrelevant.”  AA&AL, § 9:53, at 576.  Tax laws reside on a different plane altogether.  Ms. Darraby reviews failed and repeatedly reintroduced legislation such as The Artists’ Estate Tax Fairness Act and The Artists’ Contributions to American Heritage Act of 1999.  The bulk of the discussion is given over to ordinary and necessary expenses and whether or not an artistic activity is engaged in for profit.  These three subsections provide a microcosm of the books diversity available in each chapter which will surprise and inform the reader.

Ms. Darraby’s articles have previously graced Entertainment and Sports Lawyer covering cultural property [3] and EEC policy.[4] AA&AL covers both these areas in greatly expanded detail less as timely news and more as scholarship affecting day to day practice.  Cultural property is covered in Chapter 6, International Trade in sections covering import-export and, naturally, cultural property.  UNESCO and its impact on federal cultural properties laws deserves an extensive discussion and Ms. Darraby provides enlightened coverage of the United Nations Education, Scientific and Cultural Organization (UNESCO) 1970 Convention on Means of Prohibiting and Preventing the Illicit Import, Export, and Transfer of Ownership of Cultural Property ratified in the United States Code as the Convention on Cultural Property Implementation Act (CPIA).[5]  The full text is available at Appendix 14A of the AA&AL.

AA&AL is not an art history book although it certainly provides a sense of art law history.  All great law treatises provide that perspective and this one succeeds.  It will not help the practitioner of art law distinguish dreck from fine art.  Start looking at pictures, visiting museums and attending lectures.  But unlike the other two art law treatises cited earlier, it will introduce the lawyer to the unique framework provided by Ms. Darraby in the analysis of art, artifact and architecture law issues.  The first line in the table of contents states in bold large type “Volume 1.”  AA&AL currently exists in only one volume.  For myself, as a reviewer and user of this work, I hope that this statement is a coming attraction for a second volume to this wonderful work of scholarship.

This article first appeared in 25 Entertainment and Sports Lawyer, No. 1, Spring 2007.

[4]  Darraby, Jessica L., “Around the World in Eighty Ways: The EEC Spin on Global Arts Import-Export Policy,” 10Entertainment and Sports Lawyer,  No. 2, Summer 1992.